‘I Know That More Than One Olympic Games Await Me’

Several HSE graduates worked at the Olympic Games, which recently came to a close in Rio. Elena Stenkina, Daria Smirnova, and Evgenia Dolina told the HSE news service how they came into the sports industry thanks to HSE, even though several years ago they couldn’t even imagine having anything to do with sports. 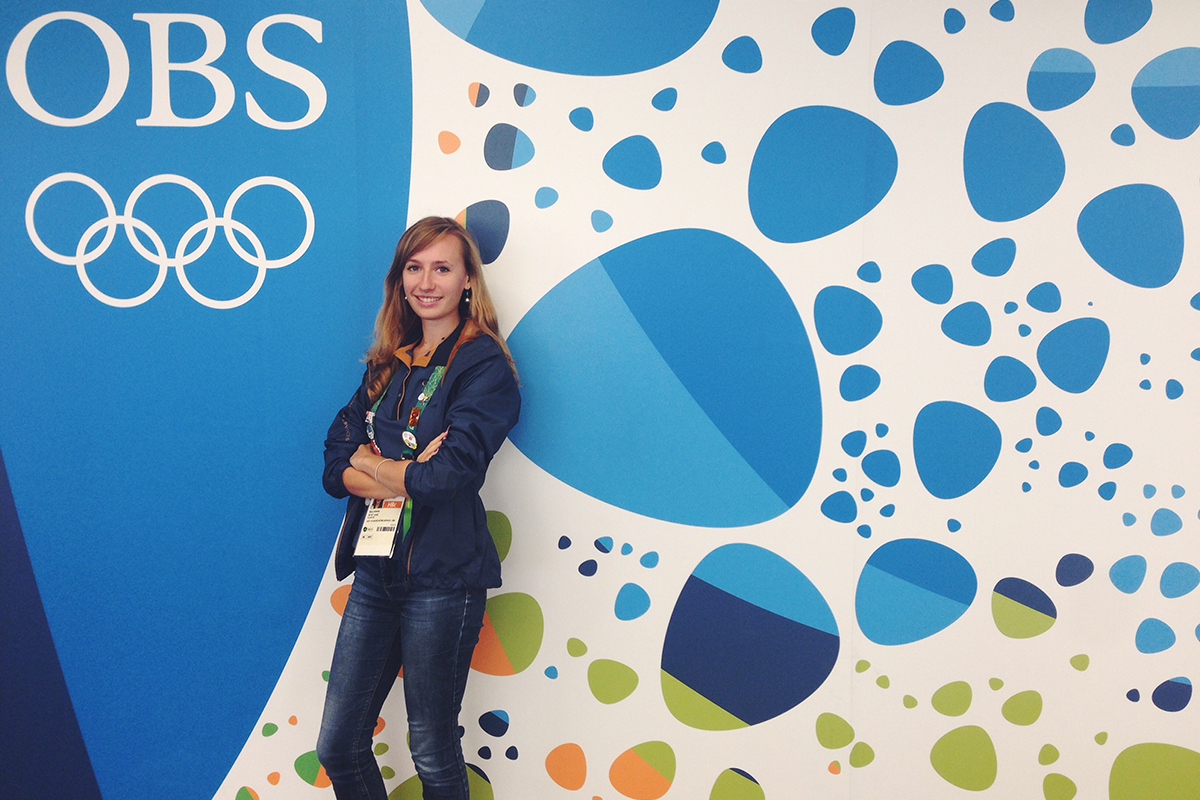 Before the Sochi Olympics, I had never been interested in sports and never went for it. I studied politics and was going to apply for a Master’s in journalism. I came to the Olympic Games by chance. Basically, I saw an advertisement on the HSE website about student enrolment in the Olympic Broadcasting Services (OBS), and thought ‘why not?’ Now, when I look back, I understand that it was one of the best decisions I could ever make. My life can be truly divided into ‘before’ and ‘after’ the Olympics. I realized that sports are a very interesting thing. And sports ‘behind the scenes’ is even more impressive. A month later, I understood that I wanted to be part of the Olympic family.

After Sochi, I didn’t immediately decide to devote myself to sports. I was a Master’s student, and right after the Olympics, I went to South Korea for half a year. The next year, I went to Italy as an exchange student. But as soon as I came back to Moscow, I decided that I want to develop in sports. I started working at sports events as an event manager. By that time, HSE had started second enrolment in the HSE/FIFA/CIES Executive Programme in Sports Management. So, I decided that this would be the best way to immerse myself in this industry. And I turned out to be right! The studies were very productive and students were able to play a major role. The final project I implemented with my team took first place in Russia. We are now preparing for the international stage of the FIFA/CIES competition.

While I was a newcomer in Sochi and not a professional in this field, I was still able to understand almost all of the processes in sports ‘production’, from the stadium to the final image on the TV screen

During my studies, I made a final decision to pursue a career in the sports industry. I tried various formats and even volunteered at the World Hockey Championship to see the market from a different angle. As a result, I chose the Championica Children’s Football School, which was, by the way, founded by HSE graduate Zhenya Kudryavtsev. I liked the idea of a football school for children over 3, and now I’m on this great team.

I was invited to work in Rio by the same team that took part in Sochi. This was very satisfying, since only the best are given this chance. At the Olympics, we worked on sound production at the main broadcasting centre, as well as operated equipment for commentators and provided support during broadcasts. This was quite technical work. I usually don’t do such things in everyday life, but it’s great when you have an opportunity to change your profession for a short period of time. It was also pleasant that, while I was a newcomer in Sochi and not a professional in this field, I was still able to understand almost all of the processes in sports ‘production’, from the stadium to the final image on the TV screen.

After Rio, I’ll be happy to come back to the Championica team (my colleagues have miss me!). I’ll definitely remain in the sports industry and maybe I will go in for something athletic at long last. Also, I very much hope that I’ll spend February 2018 in South Korea. 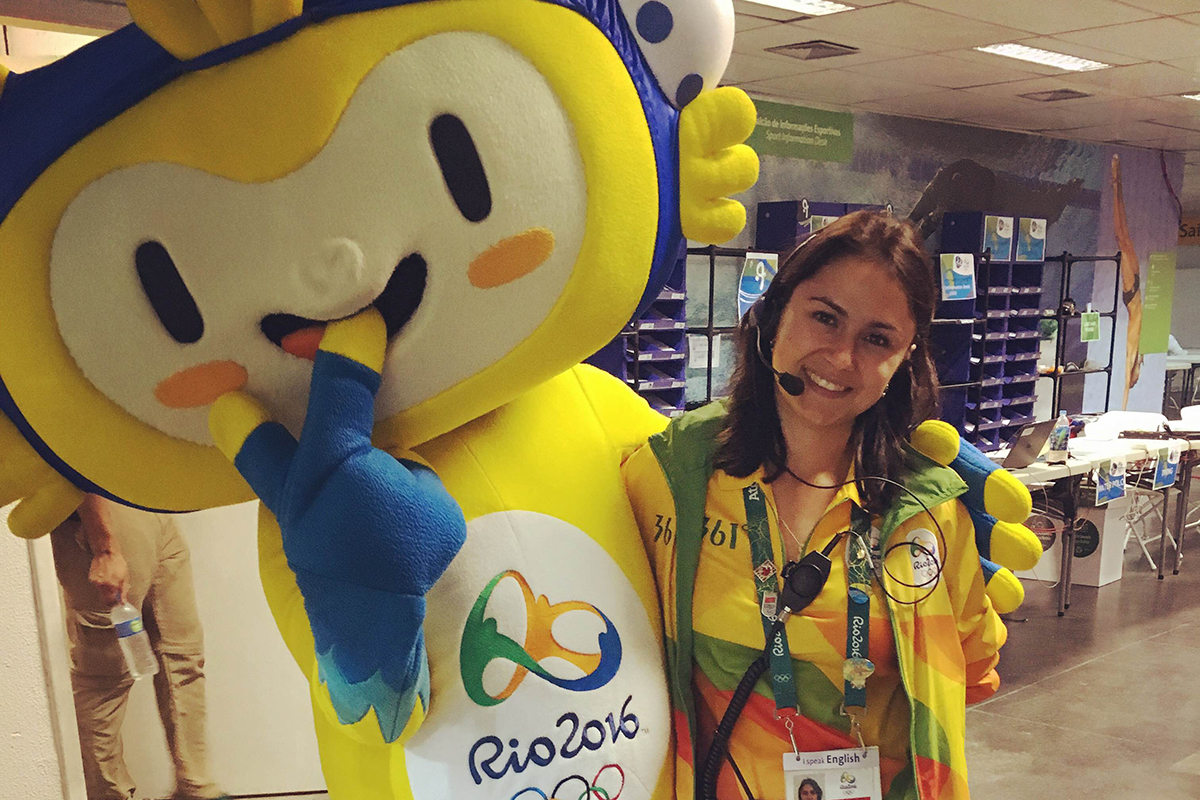 Daria Smirnova - alumna of HSE undergraduate and Master’s programmes, and graduate of the HSE/FIFA/CIES joint programme

As an undergraduate, I studied politics. After my third year, I took part in a summer internship at Business FM radio, where I worked as an editor and translator. So, the choice of the Master’s programme in multimedia journalism was the logical continuation of my studies. At first, I was thrilled with the many new and interesting things at work! At the same time, I also continued looking for new career opportunities. A friend told me that the Sochi Olympics was hiring staff with foreign language skills for media work. This work experience at such a big event had a major impact and, eventually, turned all of my plans upside down.

After returning from Sochi, I graduated from the Master’s programme and entered the HSE/FIFA/CIES executive programme in sports management. I also worked as a freelancer at various sports events. I spent the summer of 2015 in Kazan at the FINA World Aquatics Championships. This year, I worked at the Ice Hockey World Championship.

We were responsible for the show part of the competition. This included music, announcements, and athletes’ entrances — such things are called ‘sports presentation’

I learned about the joint programme with FIFA from the HSE website. This was roughly half a year after the Sochi Olympics, and I immediately thought it would be a good addition to my education if I’m planning to work in sports in the future. We had a great, friendly and hard-working team, and the hours of working closely together resulted in a victory, first at the Russian, and then at the international FIFA/CIES final project competitions. We were awarded  a prize by FIFA President Gianni Infantino.

I was recommended to serve on the Rio staff by a member of the 2016 Olympic Delegation, who came to Kazan as supervisors of the competition’s organization. In Rio, I worked on a sports presentation team at the Maria Lenk Aquatics Centre. The event hosted three different sports: diving, water polo, and synchronized swimming. We were responsible for the show part of the competition. This included music, announcements, and athletes’ entrances (such things are called ‘sports presentation’).

After my return from Rio, I’ll have a two-week break before my next step into the world of sports. This year, I’ll study in the main FIFA/CIES programme - the FIFA Master’s. I applied there after graduating from the joint programme in Moscow. It’s now important for me to obtain long-term experience with sports projects, so that, after the programme, I hope to find a project where I’ll be able to work for two or three years. 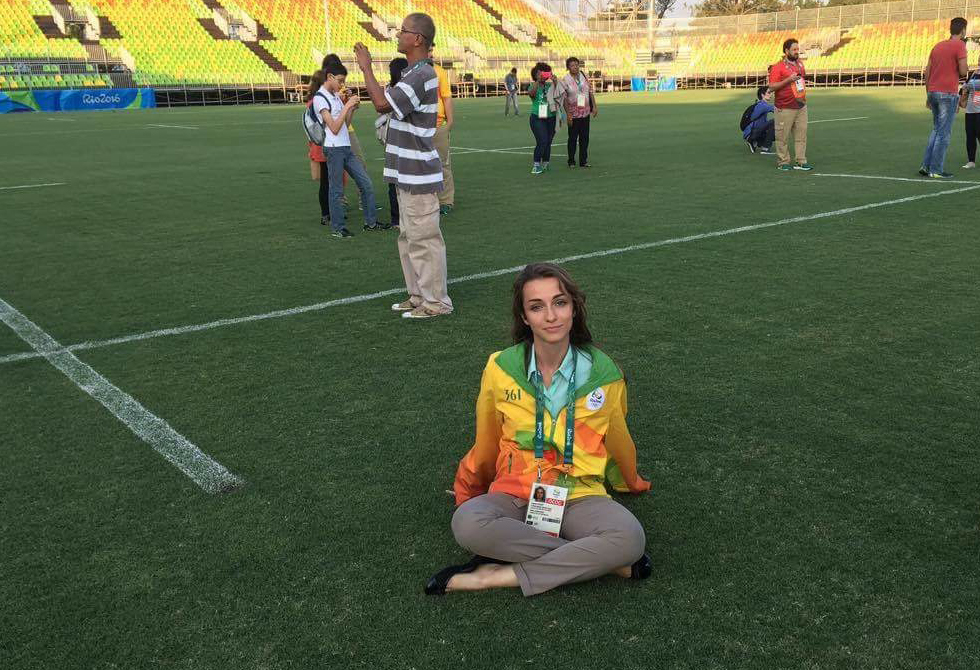 I was hesitant for a long time about what I wanted to do. However, I was able to attend the Open House at HSE’s Faculty of Communications, Media, and Design just in time. I fell in love with my future faculty at first sight and decided, OK, I am going to spend a thrilling and exciting four years. That said, during the first half a year, I still couldn’t decide why I needed journalism. Then, Sochi happened.

Thanks to the OBS internship programme, I spent a whole two months at the Olympic Games in Sochi. My life can be divided into ‘before’ and ‘after’ at this point. Even my move to Moscow from Japan, where I spent my whole life, wasn’t such a turning point. Was it the incredible atmosphere? Or the people who helped me to believe in myself? Or was it simply two months away from home, out of my comfort zone? I simply don’t know. But I’ll remember the moment that made me understand why I wanted to film sports for the rest of my life.

Once, a few days before the Games, my boss showed me a video of highlights from London 2012. We were supposed to work together on something similar for the Sochi Games. This video, which consisted of the most beautiful and thrilling shots of the London Olympics, lasted for about 20 minutes. And me, who had never watched a sports broadcast all the way though, couldn’t take my eyes off the screen. It was a like watching a bullet in slow motion. There was an image of the newest female fencing champion. I saw tears of happiness in athletes’ eyes. I was watching this and couldn’t believe that sports could be so beautiful. It was then and there that I understood why such moments had to been shown.

In the two and a half years since Sochi, I have a far better understanding of who I am, what I like and what I want to do. I’m in love with my job, sports and television

Half a year after Sochi, I pushed myself to join a month-long internship at Sportbox.ru, after which I wrote sports articles for Gazeta.ru. I then held an internship at the sports department of the Russia 2 TV channel, the position of sports news editor at Vesti.ru, and then, when MatchTV was launched, I went there as an intern. By the end of my university studies, I was able to become a staff member there.

Unfortunately, I couldn’t go to Rio as a paid employee, but I wasn’t going to miss the Olympics! So, I went as a volunteer. There, I helped the media, and during my leisure time, I tried to meet as many journalists as possible, especially colleagues from the UK, where I’m plan to study.

In the two and a half years since Sochi, I have a far better understanding of who I am, what I like and what I want to do. I’m in love with my job, sports and television. I know that more than one Olympic Games await me. For athletes, every Olympics might be the last. But then, one only has to look at Chusovitina, the 41-year old gymnast …

I’m going to do a Master’s programme in London, so that I can gain some more experience in sports media and become an international-level professional.